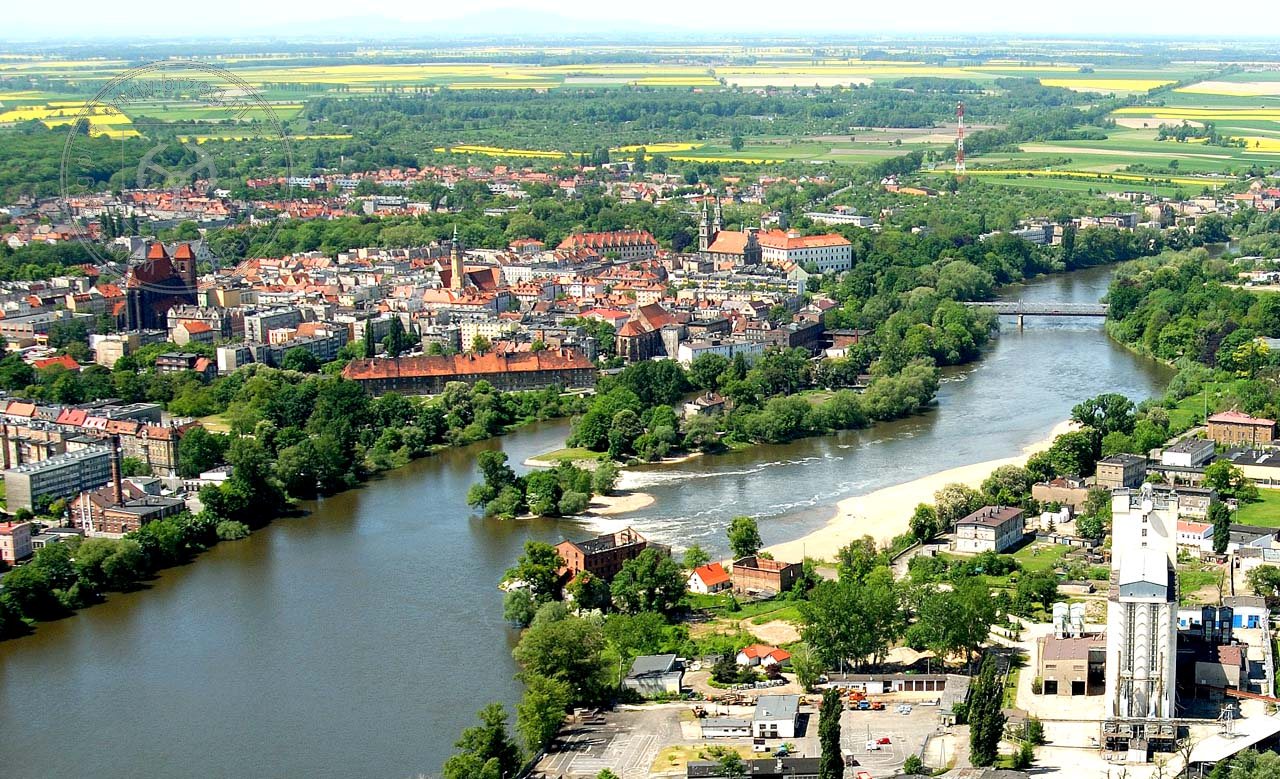 The town of Brzeg is located in Silesian Lowlands on the historic route connecting the East with the West – the Pan-European Via Regia, in the place where once on the high bank of the Odra River the Royal Road crossed with the road leading to the Baltic Sea. It can be easily reached from every side of Europe thanks to a convenient distance from the Wrocław Airport (approx. 50 km), using the motorway, local roads or thanks to the railway connection. It’s worth coming to see the hometown of Bartholomeus Stein – the first Silesian, who in the Middle Ages created a pioneering and complete description of his region. This place of a few hundred years’ rule of the Brzeg Dukes of the Piast Family is well-worth visiting, being also the birthplace of both a painter Oskar Moll and a world famous conductor Kurt Masur.

Before the town itself was founded, in its location there were three pre-location settlements. The biggest one with the seat of duke’s representative was called High Bank, mentioned in the documents as early as in 1234. It is this settlement that gave its name to the present town. Brzeg was granted town privileges between 1246 and 1248. In 1311 the town became the capital of the Brzeg Duchy and remained so until the death of the Piast Family last member – George William IV in 1675.
Brzeg’s rich history is today reflected by its majestic monuments. The most magnificent is the seat of the Piast Family – the Castle of Silesian Piasts. Brzeg’s churches are also worth noting. They include one of the highest gothic churches in Silesia – St Nicholas Church or the post-Jesuit baroque church of the Raising of the Holy Cross. Visitors to Brzeg always admire the renaissance Town Hall with its beautiful interiors. Coming to Brzeg architecture lovers will see beautiful gothic, renaissance and baroque bourgeois houses. Those seeking active leisure will have an opportunity to use numerous modern sports facilities including the indoor swimming pool and the multipurpose stadium. There are tourist walking and cycling trails across the town including the Trail of Brzeg Polychromes with gothic wall paintings. Brzeg’s parks will give an opportunity to take a rest on scorching hot days. Numerous offers of Brzeg Community Centre and local cultural societies will provide something for the soul. Gourmets, on the other hand will satisfy their tastes by delighting in the taste of Brzeg’s sweets and local cuisine dishes.